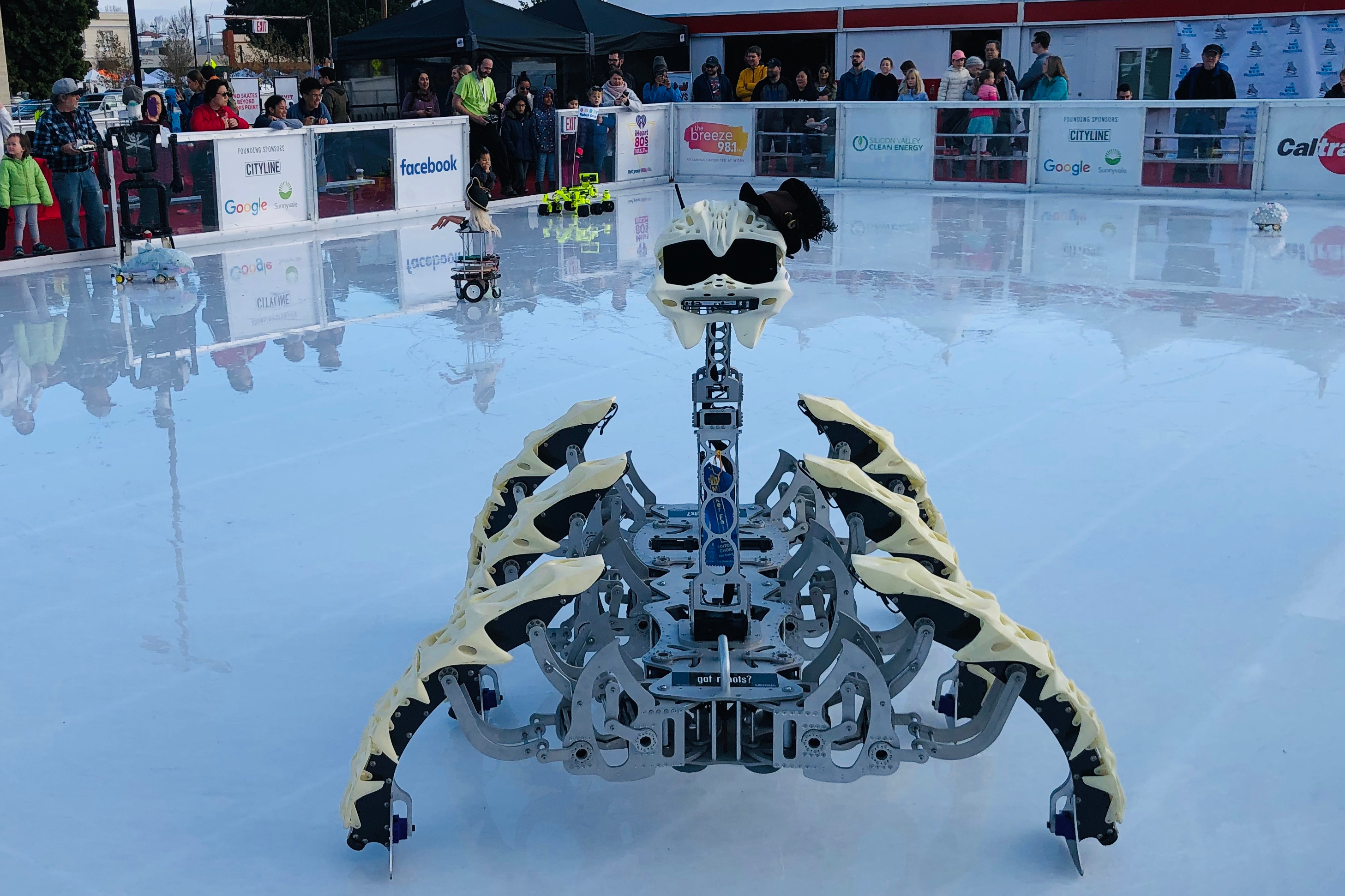 Marauder at Robots On Ice 2020

Marauder is a walking, skating and dancing hexapod robot built on a massive scale.
Originally commissioned by Intel, it was designed and built by Nick Donaldson and stands 4.5 feet tall and 6 feet in length, weighing over 170lbs. While it usually skates on inline skate wheels mounted to the legs, Nick has designed custom ice skates to allow Marauder to actually skate on ice! 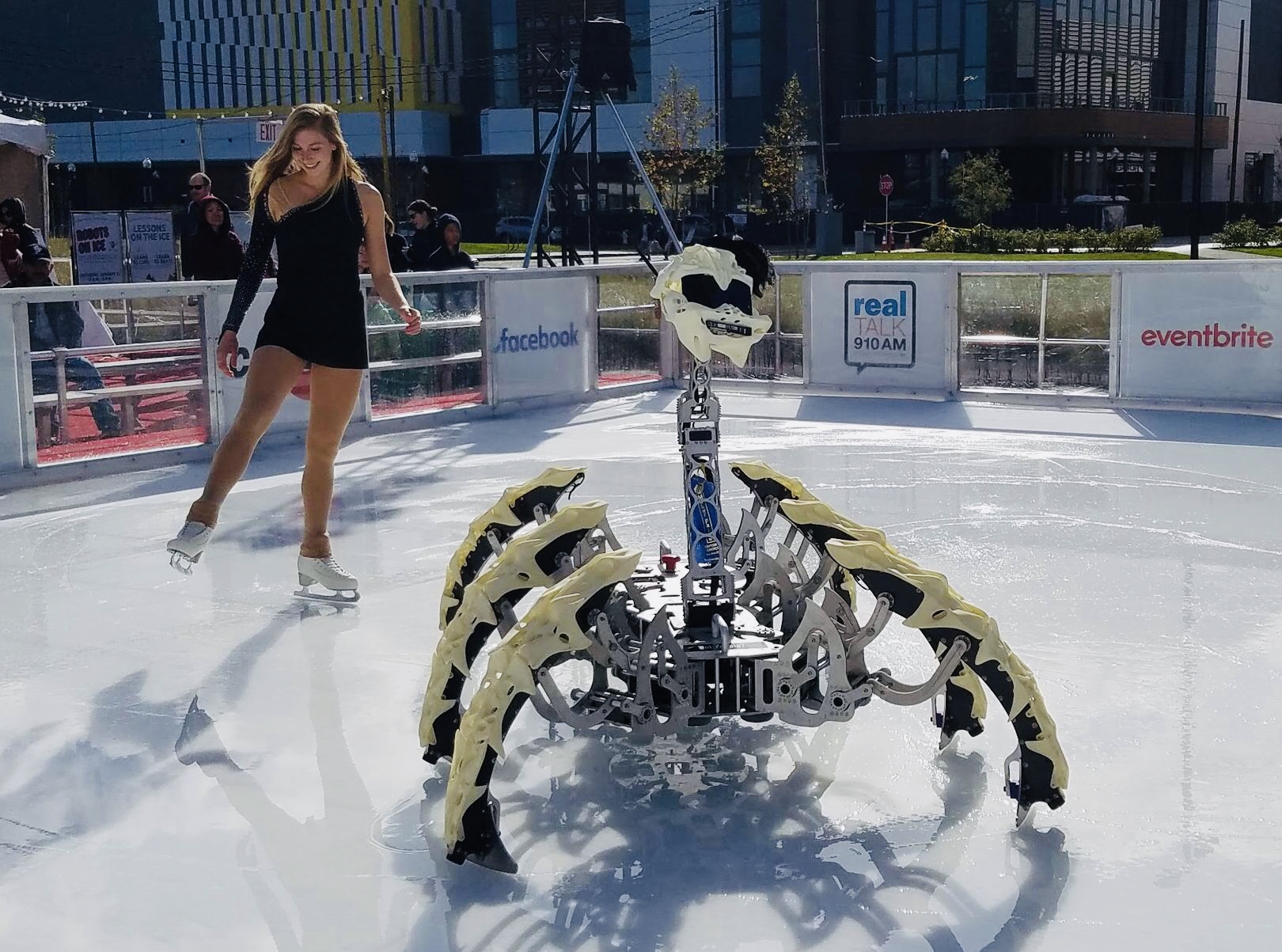 Blader is a scaled down version of Marauder, measuring only 15” long and running on a Raspberry Pi Zero and built with 3D printed parts. Also able to walk, skate and dance, the small, inexpensive motors powering the legs are code compatible with Marauder’s heavy duty motors and the two robots run the same Python program. Blader is also sporting tiny ice skates…. 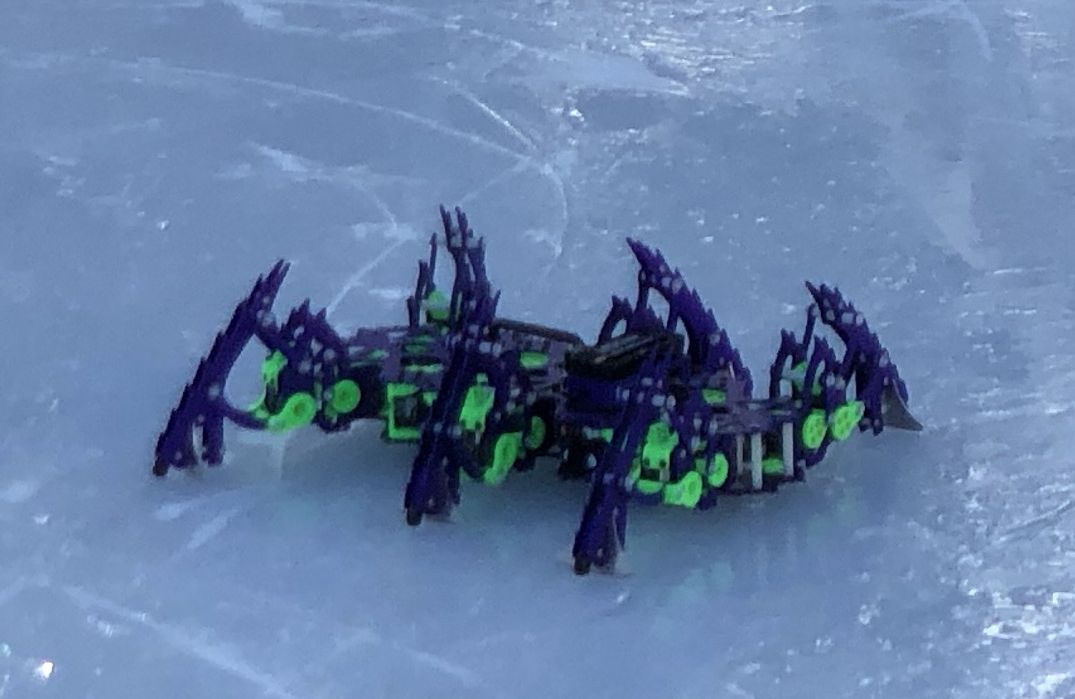 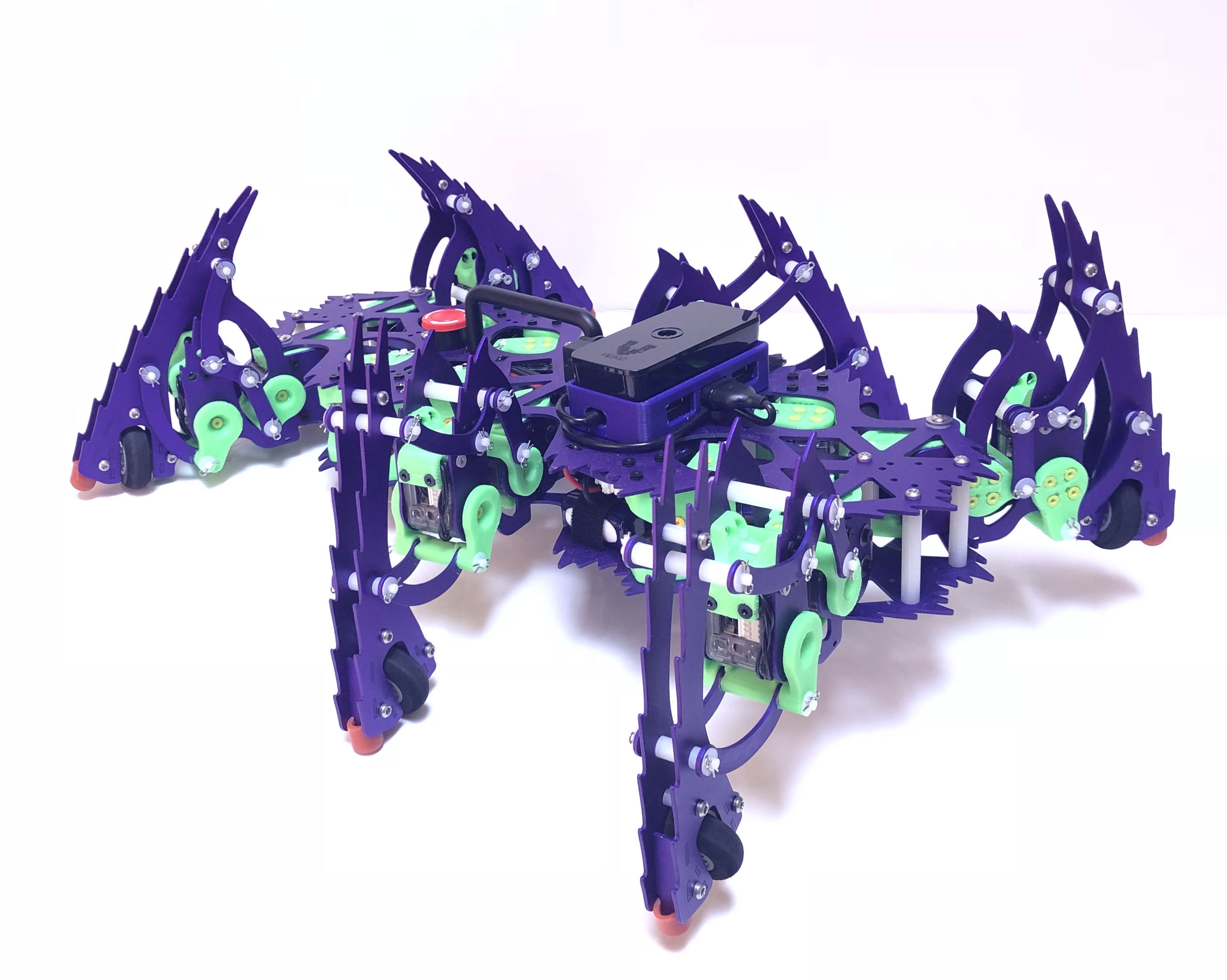 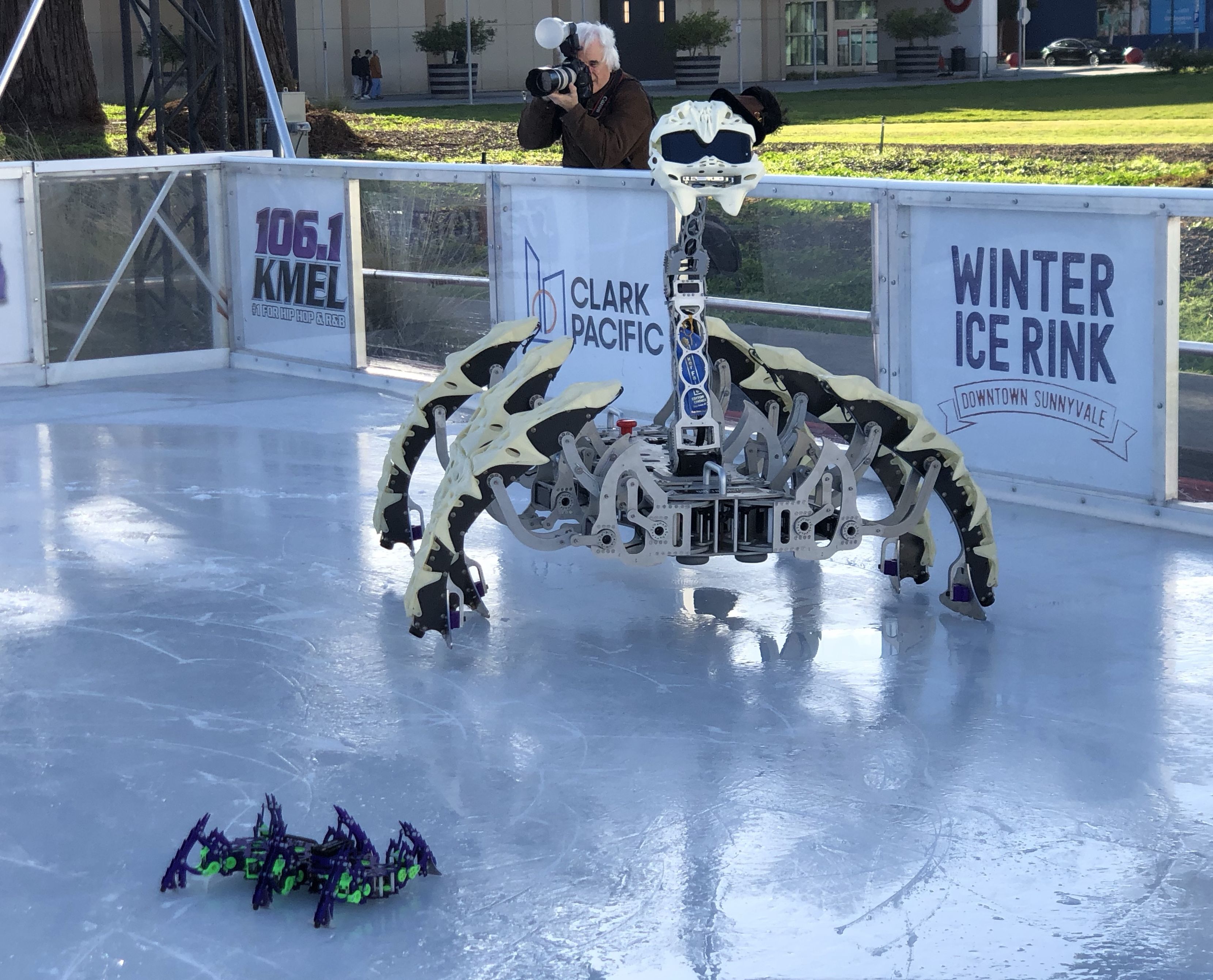 Bot wrangler extraordinaire Nick Donaldson has been building walking robots for over 20 years and has a growing menagerie of bots. His robots competed at RoboGames for over a decade, winning 46 medals including 19 Gold Medals. He also launched a successful robotic toy based on his popular shoulder monkey robot and has been building robots professionally for 15 years. He now lives in Marin.